Does CBD come from marijuana or hemp? And what’s the difference? We’re going to clear up the misconceptions and let you know what is the best source of CBD in this article on hemp CBD and marijuana CBD.

CBD is more popular than ever thanks to its many purported benefits. But when it comes to finding the best CBD products, there is a lot of confusion. From a lack of regulation to different techniques for growing, extracting, and even packaging CBD products, the efficacy of certain brands is much different than others.

Many believe the secret to understanding the quality of CBD goes all the way back to the plant it was extracted from: marijuana or hemp. Is it true that one is better than the other?

In this article, we’re going to answer that question. We’ll also discuss other relevant factors including:

If you’re looking to get CBD from the best source of Cannabis Sativa, you’ve come to the right place. We’re going to sort through the seeds and stems to bring you the truth. But first, let’s take a look at the two plants in question.

Marijuana is a variety of cannabis that is cultivated for its high levels of tetrahydrocannabinol (THC). This is the cannabinoid that produces a psychoactive effect in users, or in other words, it gets you “high.”

The most valuable parts of marijuana are its flowers, which contain the highest concentrations of THC and other cannabinoids. The stalks, seeds, and stems are not considered valuable.

Marijuana is cultivated very purposefully to maximize levels of THC, which can reach levels above 30%. Despite these extremely high levels of THC, marijuana contains lower levels of CBD than hemp. It is also a smaller plant which takes a longer time to grow.

As CBD has become more popular, growers are creating new strains of marijuana which boost CBD levels to higher percentages.

Marijuana and all of the products made from it are illegal in The USA at a federal level, although  10 states have legalized recreational use and 23 others condone medical use.

Unlike marijuana, hemp is cultivated for hundreds of different purposes. It is used in the production of various goods such as paper, clothing, and food products.

Every part of hemp can be used in a productive way, which is why it is such a valuable agricultural product. In the production of CBD, it is not the flowers which are valuable but the stalks and seeds (although smokable hemp flower is becoming a popular CBD product too). CBD producers use high-tech extraction methods to pull CBD and other cannabinoids from the stalks and stems.

Hemp is an ideal source of CBD for a few obvious reasons.

The first is that hemp contains more CBD than marijuana. Hemp is high in CBD and low in THC, while marijuana is the opposite. Some may see this as a downside of hemp, but it’s actually an advantage, which brings us to our second point.

Because hemp is low in THC, it is LEGAL, as are all of the products made from it. This is not true of marijuana, which remains illegal at the federal level. Hemp contains only traces of THC, which means it doesn’t get you high like marijuana.

Hemp is also much easier to grow and is far less delicate than its THC-laden cousin. It can be cultivated outdoors like any crop, and it grows to heights of up to 12 feet in just a few months.

So far, it seems like hemp is a clear winner when it comes to the best source of CBD. It’s easier to grow, easier to buy, totally legal, and has a more robust CBD content than marijuana.

Hemp has a lot going for it, and we’ll tell you right now (SPOILER ALERT), hemp is our choice when it comes to CBD.

But, heading to your local shop and picking up a bottle of hemp-derived CBD oil does NOT guarantee you’re going to get a high-quality CBD product. In fact, depending on your state, it might be easier to find quality CBD oil from a marijuana dispensary. This has led many to believe that CBD from marijuana is the way to go.

So, are we right back where we started?

Not really. But CBD is a new industry and there is a lot of misinformation and unknown factors that are important to know when choosing between CBD from hemp and CBD from marijuana.

Let’s take a look at some of them and weed out the fiction from the facts.

Here are some common reasons that some claim CBD from marijuana is better than CBD from hemp (or vice versa). We’ll let you in on the truth.

Many believe that CBD from marijuana is better than hemp CBD because marijuana is richer in cannabinoids and therefore has a more powerful entourage effect.

But this is not true. Hemp and marijuana are close relatives in the Cannabis Sativa family and both contain over 100 different cannabinoids and terpenes. Plus, THC isn’t the only relevant cannabinoid. Hemp is still rich in other important cannabinoids like CBC, CBG, CBDV, and THCA.

On the other hand, it’s true that scientists who studied the entourage effect recommended a THC:CBD ratio of about 1:40. This means that the ideal amount of THC to accompany CBD is about 2.5%. Hemp CBD oil can only legally contain 0.3% THC, so the marijuana proponents have a point in this regard.

Still, if you’re looking to benefit from the entourage effect, you can do so with both hemp and marijuana-based CBD oils.

This long technical term isn’t as scary as it seems. It refers to plants which soak up everything in their environment—and we mean everything. Bioaccumulators can absorb pollution, pesticides, and other contaminants, which can be passed on to the end user. This has made people wary of using hemp CBD, as hemp is a known bioaccumulator.

The thing that many forget to mention is that marijuana is also a bioaccumulator. This makes sense, as both plants belong to the same species and are very similar.

When it comes to the drawbacks of bioaccumulators, it doesn’t depend on whether you choose hemp or marijuana but on the way the plant was cultivated. This is why it’s so important to know the source of your CBD before you buy.

Whether you buy one or the other, only support companies that grow using organic practices and that have a personal stake in the cultivation process.

Extracting CBD and other cannabinoids from hemp and marijuana is not easy, and some methods are more successful than others.

Cannabinoids are very delicate and can be destroyed by heat, light, and pressure. Unfortunately, many extraction methods utilize these to extract CBD. This can lead to oil which is made from CBD-rich hemp or marijuana but which is actually devoid of many helpful compounds by the time it enters the bottle.

To make sure your CBD oil is rich in cannabinoids, choose a brand that uses C02 extraction. This the best extraction method available today.

The way CBD is processed, shipped, and packaged can alter its effectiveness. CBD made from hemp is particularly prone to poor manufacturing practices because it is almost completely unregulated.

This means that there are a bunch of CBD oil brands producing poor quality oil with bad manufacturing practices and no one can do much about it.

Alternatively, medical marijuana and recreation marijuana facilities are highly regulated by the states, which means there is a good chance that marijuana-derived products are made with care. These products are harder to get, but sometimes it’s worth the effort.

To be fair, there are plenty of reliable hemp-based CBD brands which produce very high-quality CBD oil using good manufacturing practices. But much like getting marijuana-based CBD, it takes a bit of effort and study to find the brands that do it right.

HINT: All of the CBD brands we review on this site are reputable and trustworthy hemp-based CBD producers.

Continuing from our last point, hemp-based CBD is not regulated by the FDA, and the agencies which have control over it haven’t finished penning the rules. This has made the industry a bit like the wild west and reputable companies are begging the government to regulate CBD in order to get the scammers out of the picture.

This is not good news for uninformed people looking for hemp-based CBD oil. Unfortunately, just walking into a shop and picking up a bottle of CBD is likely to be a waste of money.

Marijuana CBD oil will likely be more trustworthy, as the industry is more regulated. Though this CBD is typically only available online and at dispensaries, and you need a license to purchase it in most states.

The good news is, hemp CBD oil will likely be regulated very soon (after all, hemp has only been federally legal since the end of 2018). Once that happens, shopping for quality hemp CBD oil will be much easier.

We’ve given you the whole truth when it comes to hemp CBD and marijuana CBD, and in the end, we have to say that hemp CBD is the better option.

Based on some of the regulatory concerns, you might not agree, but the truth is that if you do a bit of research and find the right producers, hemp-based CBD oil is the winner for a number of reasons:

In the future, marijuana will likely be legalized nationwide and hemp CBD will be better regulated. Then, we’ll have to have the hemp CBD and marijuana CBD debate all over again. But for now, the safest bet when buying CBD oil is to purchase a hemp-based product from a trustworthy brand. 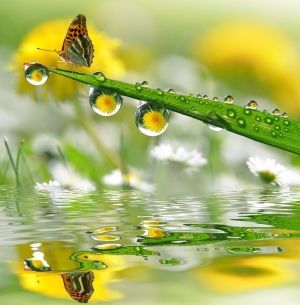 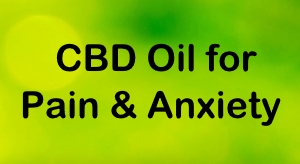 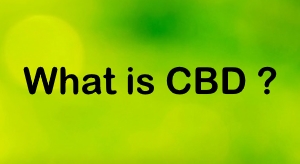 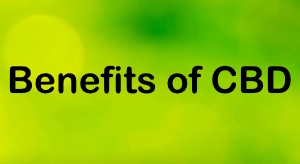 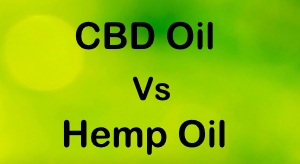 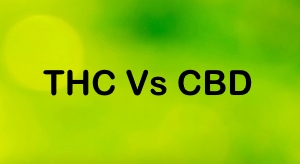 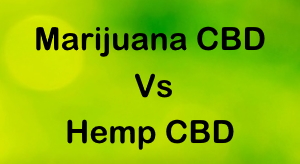 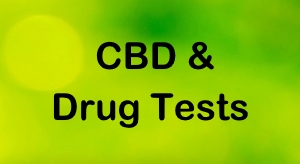 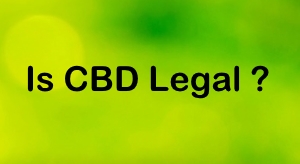 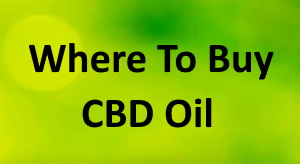 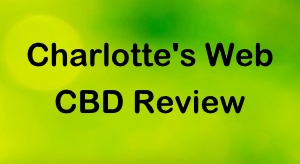 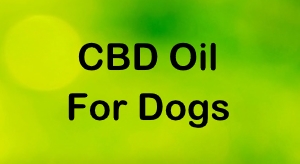 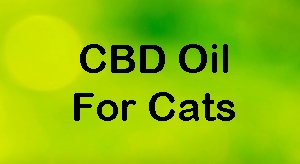 These statements have not been evaluated by the FDA  and the products here are not intended to diagnose, treat or cure any disease. Results from products may vary. Always check with your physician before starting a new dietary supplement program.

HolisticWatch.com  participates in affiliate programs, and we sometimes get a commission for purchases made through our links.